English is the lingua franca in the world and the importance of English has been recognized in China. The country is changing at a remarkable speed, and this can be seen in the increasing number of people learning English which foster the growth of China English. Like other English varieties in the world, China English is a developing new variety with its own lexicon, structure, and discourse. However, a unique feature of China English is that it expresses Chinese culture and has Chinese characteristics in its lexis, sentence structure and discourse.

Phonetic features
Speakers of China English tend to pronounce /s/ where a speaker of Standard English would use /θ/ which is an unvoiced dental fricative because Mandarin has no sound equivalent to  /θ/. Thus, speakers choose the closest linguistic component available to them, which is /θ/, as a substitute. Because Mandarin is a language which each word has a single syllable so there is a tendency for China English speakers to use a short clear cut way of speaking.


Lexical items
Lexical items in China English express ideas or entities which are specific to Chinese culture. Thus, sometimes it will be meaningless in the context of standard or international Englishes.Terms such as Mid-Autumn festival, red envelope and Four Books are examples of China English’s lexical items. Although these terms can be identified as English, their meaning is often inaccessible to English speakers who do not know Chinese culture. For instance, red envelope can be visualised as an envelope which is red for speakers of other varieties of English. However, for people who know Chinese culture, they would interpret red envelope as a special monetary gift, often given at Chinese New Year. So speakers of other varieties of English may not understand the meaning of these lexical items.

2)
a It is Sunday
b Today is Sunday

3)
a I gave him the book that I bought yesterday.
b I bought a book yesterday and I gave it to him.

Discourse
The written discourse patterns of China English differs from Standard English’s because ‘face work’ plays an important role in it. Face work helps an addresses or a speaker to have ‘good face’ which preserves or boosts their image. Users of China English usually have ‘facework’ at the first half of the letter and introduce the reasons for a particular request before making the actual request. For instance,China English speakers make a request by a salutation. Then, they will engage in face work to preserve their image or complement the speakers. I hope my English won’t let you down or It is a happy experience to write to you are some of the examples. Then, they will explain their reasons for writing and continue to employ ‘facework’. Sentences like Your experience and story is very valuable for our website and tourists and I appreciate your writing style and creative idea are some of the examples. Then, they will write their actual request and sign off. In the Chinese cultural context, face is crucial in Chinese society so speakers needs to take extra efforts in engaging in positive face work in discourse so that they can preserve their image. But for the same discourse in Standard English, writers do not need to praise the addresses and find ways to boost their image. 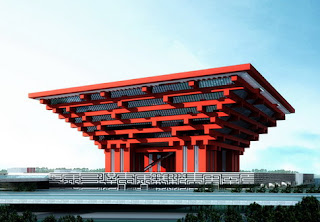 2)
a It is Sunday
b Today is Sunday
>Special subjects are often used to replace the dummy pronoun it.

3)
a I gave him the book that I bought yesterday.
b I bought a book yesterday and I gave it to him.
>Simple and compound sentences are more preferable than complex sentences.

4)
a He had been engaged in a construction job, and after he completed it he went to Beijing and now he just flew back the day before.
b He had flown in just the day before from Beijing after the completion of the construction job he had been engaged in.
>Speakers of China English tend to arrange sentences according to time sequence of the events.

LCOM2005 (2012) project group 1
Hello everyone! This is a blog by a group of undergraduate students from The University of Hong Kong researching on spread of China English worldwide. For inquiry, please contact our course lecturer, Dr. Lisa Lim from School of English, Faculty of Arts, HKU.

" In the face of geographical, language and cultural differences with the West, China strives to bridge the communication in between by adopting English, a well-established lingua franca. In the era of globalization, local features are sometimes diminished or vanish to suit the global trend. However, it is remarkable that China English appears to be combining the standard English with Chinese cultural features and manifests the signs of glocalization.

The spread of China English is also contributed to the West. The western media pay much more attention to China’s political, economic and social development than in the past as they are now increasingly aware of her leading role in the globalized economy. The exclusive description of Chinese conditions in China English shows the recognition of Chinese status and this variety.With the support of Chinese government and western countries, China English is believed to prevail in the world. "

" Globalization is the process of describing the transformation of local or regional phenomenon into global ones, which does not limit to economic scope, but also political, cultural and every aspect of life. In the age of globalization, together with the rise of China, China English has been widely spread over the world. Western media are keeping up with different issues in China and they even absorb some Chinese phrases into English so as to reflect what is happening in China, at the same time respecting such an important country. Thanks to globalization and technological advancement, local news and culture can spread quickly throughout the world. In this sense, globalization greatly fostered the use of China English. Nowadays, the use of new Chinese terms and phrases does not only restricted in China but soon becomes hot issues on everyone's lips. With China's rising power in the world and the increasing extent of globalization, the gaining popularity of China English can be predicted. "

" In my opinion, globalization will foster the growth of China English. China English represents things that are unique to China and the Chinese way of thinking so it acts as a bridge for the world to discover the uniqueness of China and for China to know more about the world. Since China is gaining economic and political influence in the world and taking part in various kinds of international cooperation, more people in other countries are interested to learn Chinese culture. If people from abroad understand Chinese culture, they will be able to interpret the meanings of China English’s lexical items which make it easier for users to communicate with the outside world. Furthermore, the rapid flow of information in the Internet facilitates the growth of this variety of world English. In conclusion, I think China English will play a significant role in communication in China and abroad and it will continue to flourish. "

" While some views with reference to the hagemony of English under globalization posit that based on our pursuit toward speaking normative standard English then China English as a sociolect continnum will be gradually restricted in the future, I think this may be a mistaken piece of opinion.
In LCOM2005 lecture we were shown a case that in a Thai airline which flight attendants were asked so speak more "Ching Mai", going against the prediction that people are going to sound more 'alike' in the face of globalization. It reminds me of the cooking TV show "Yan Can Cook" hosted by Martin Yan who became famous in Canada Food Network due to his unique Canto-stressed English pronunciations.
I tend to agree with the view that even after people are taught proper and standard English, China English can still be retained because people are active users of linguistics resources (degree of Chineseness) around them. "